Breathe means energy and life. People who believe in Breathe and have been working on ambitious projects towards achieving an actual green energy chain, are dreamers but with their feet on the ground.

Wind energy is an abundant and renewable source of energy, increasingly seen as a widely distributed, cleaner alternative to fossil fuels. It supports the green economy as it doesn’t produce greenhouse gas emissions and doesn’t require very large areas to be generated. Environmental effects are usually less dangerous if compared to other energy sources. Since 2011 Denmark has been generating more than one quarter of its electricity from wind, and 83 countries throughout the world are currently using wind power for commercial purposes. In 2010 wind power represented more the 2.5% of total world electricity consumption, and it is expected to increase by 25% on a yearly basis. Monetary cost per unit of energy is similar to the cost related to new coal- and natural gas-fired power plants.

On an annual basis, wind energy is a stable energy source; however, significant fluctuations can occur over shorter periods of time.

When it is used to cover up to 20% of the total electricity demand, wind variability rarely creates problems, but with a higher demand, several adjustments to the distribution system and convention production capacity will be necessary. Several power capacity management systems such as storage systems (i.e. pumping stations), geographically distributed wind turbines, alternative sources, energy import and export agreements for adjoining areas or demand reduction in case of low wind power generation, can significantly reduce these problems. Furthermore, thanks to weather forecast, the electricity grid can be promptly organised according to projected variation in production. 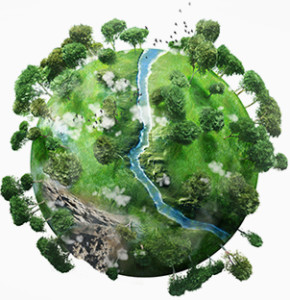 We believe in the power of green energy. We have always built on renewable energies; that’s why today, more than ever, we can state with certainty that “green is the power of the future”;

Saving the planet is also our job: every watt of energy that is produced without using fossil fuels can restore life to our planet. That’s why we want more and more blades to spin, using the power of the wind as a breathe of real life.

Mother Nature will be grateful: we are confident that plants, animals and minerals will know how to reward us for our commitment to developing renewable energies. We have research and development on our side, and we know we will constantly improve ourselves for the future of mankind.